Seven months has rushed by and I’m prompted to write this because OneTree House have just released I Had A Brother. It looks fantastic and is in hardback thanks to a Creative N.Z. grant. The illustrations by Malene Laugesen are stunning and  I want to thank her, Christine and Jenny for turning the dream of this story into reality.  It’s been a long journey since I Had A Brother was contracted by Walker Books in 2012, then in November 2014 the contract was cancelled when they dumped a heap of New Zealand authors. After that I tried five New Zealand publishers and got the same response, ‘lovely story, just not commercial’. When Jenny and Christine set up as OneTree House they stated in their blurb that they were intending to publish books and projects. I zoomed in on the word ‘project’ as this suggested a possibility. After discussing the story with Sarah Foster (the  ex-publishing manager at Walker Books who accepted the manuscript) they offered me a contract.  I feel very lucky. 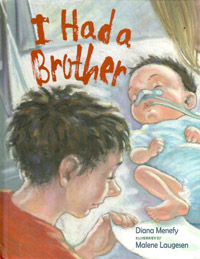 View all posts by dmbraefern